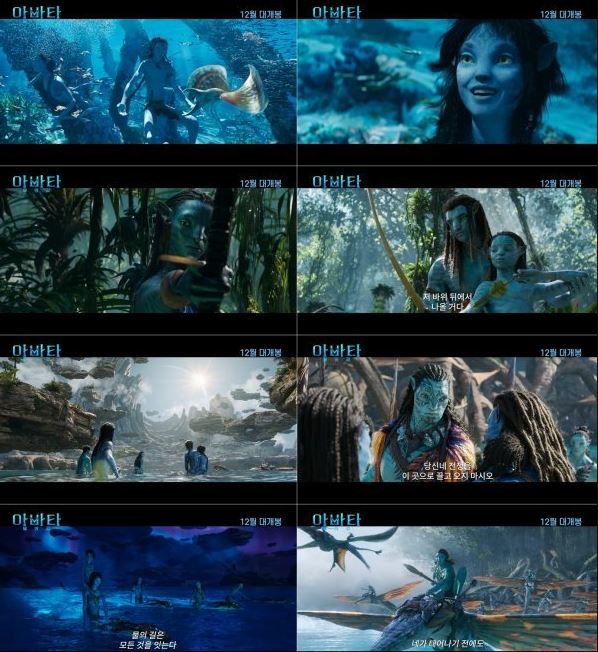 The main trailer of “Avatar: The Way of Water” has been released…Released in December

The main trailer of “Avatar: The Way of Water” has been released…Released in December

The main trailer for the movie “Avatar:The Road to Water” has been released.

In the trailer released this time, a phenomenal visual of the underwater world that has never been experienced before is unfolded. It leads to Jake Sully (Sam Washington) and Natiri (Joe Saldana), who became a couple after “Avatar,” forming a family with new families, interacting with the Pandora planet, and meeting the Metcainas, who lack water. The story and atmosphere of the Sulli family, who are at odds with the Metcainas to protect their families amid the once-emerging conflict with humans, and jumping into battle create tension.

“Avatar: The Road to Water” is a work that director James Cameron and producer John Landau once again joined forces after the legendary blockbuster “Avatar” (2009), which ranked No. 1 in the world’s all-time box office. Sam Washington and Joe Saldana, the main characters of “Avatar,” as well as Sigourney Weaver and Stephen Lang, are appearing again, heralding the birth of another masterpiece. Here, Kate Winslet newly joins and appears as the Metcainas.

Avatar: The Road to Water is scheduled to be released in December 2022.