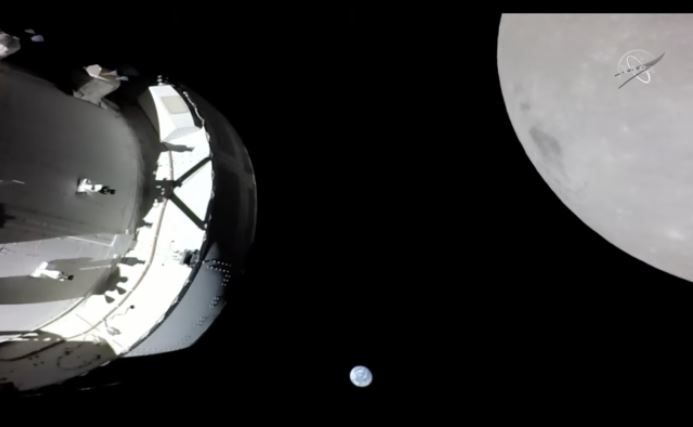 Orion, a new U.S. manned spacecraft, succeeded in flying close to the moon orbit. The U.S. National Aeronautics and Space Administration (NASA) emphasizes that the success of the Orion launch will open the era when humans can stay on the moon for a long time by 2030.

According to NASA, Orion began a close flight to the moon from 7:44 a.m. (local time, 9:44 p.m. Korean time) on the 21st, the sixth day of Artemis’ launch. About 13 minutes after the close flight began, it passed nearly 130km above the back of the moon.

The reason Orion flies close to the moon is because it has to be on a “distant retrograde orbit (DRO).” The DRO is an orbit that flies in the opposite direction of the Moon’s orbit around the Earth, and can minimize fuel consumption by using balanced gravity between the Moon and the Earth.

Park Jae-ik, a senior researcher at the Korea Aerospace Research Institute, explained, “In general, some fuel is needed to maintain the orbit due to the gravity of the planet, but in the case of DRO, NASA is pursuing this orbit because it can stay without fuel consumption.”

Orion approaches the moon again on Dec. 5. It is intentionally dragged by the moon’s gravity to gain power to return to Earth. As scheduled, it will pass through the atmosphere at around 12:40 p.m. on December 11, the 26th day of launch, and land in the Pacific Ocean.

After the successful completion of Artemis 1 mission, NASA plans to send astronauts to the lunar South Pole via Artemis 2 in 2024 and Artemis 3 launch around 2025. NASA later plans to build a lunar base where astronauts can reside and build a space station.

How much cheaper will Samsung GalaxyS23 be?