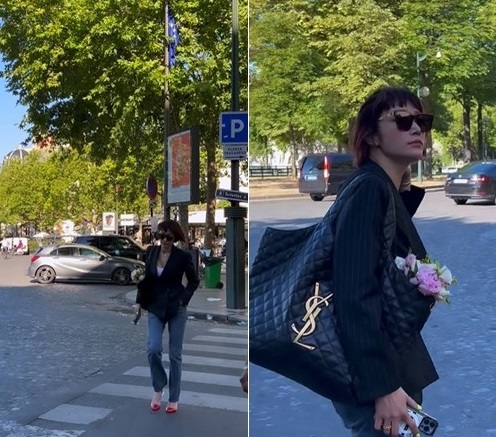 Byun Jung-soo posted a video on his Instagram on the 4th (Korea Standard Time) and wrote, “I keep talking in French because I’m like that.”

Byun Jung-soo, who is staying in France, appears in the video as if he is a Parisian. He wears jeans, a stripe jacket, red high heels, and a shoulder bag containing a bouquet of flowers, walking along the crosswalk indifferently chic.

Netizens who saw this said, “Wow, she’s a real model,” “Who sees her as a married woman,” “She stands out on the streets of France,” and “She looks like a total local.”