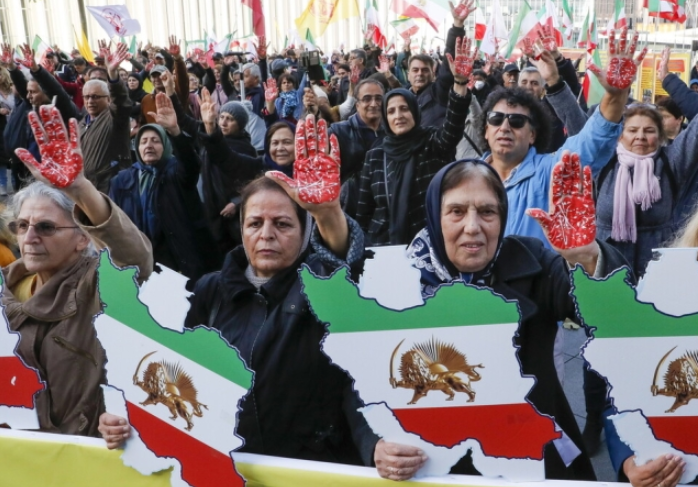 The European Union sanctions 11 people, including religious police and intelligence ministers, against hijab

A month after the “anti-hijab protests” broke out in Iran, the European Union put key religious police figures responsible for the incident and the information and communication minister involved in blocking the Internet on the sanctions list.

Foreign ministers from 27 European Union countries met in Luxembourg on Thursday to confirm sanctions against Iranian officials and institutions involved in the crackdown on protests against hijab. “Today, we unanimously decided to take action against senior Iranian officials responsible for the violent suppression of Mahsa Amini’s death and peaceful protests,” Zhev Borrell, a senior foreign and security policy representative, told reporters after the meeting. He then told Iranian authorities to immediately stop suppressing violence and release those detained. In addition, provide daily Internet services, he said. “We are ready to put more names on the sanctions list if necessary.”

The sanctions included Mohammad Rostami, head of Iran’s so-called “religious police,” Tehran’s chief Hazama Mirzai, and Information and Communication Minister Issa Zarefpur, who is responsible for blocking the Internet across Iran after the protests began. Eleven individuals and four institutions, including them, were on the list of sanctions. The number of people under the influence of the sanctions is 97, including the law enforcement unit (LEF), Iran’s security agency, and several regional police chiefs who are focusing on suppressing demonstrations. They are banned from traveling to the European Union, and their assets in the region are frozen. In addition, citizens and businesses in EU countries are also prohibited from using funds from individuals and organizations subject to sanctions. European Union foreign ministers have also decided to sanction the export of equipment to Iran that can be used to block the Internet and monitor calls.

Meanwhile, more than 40 human rights groups, including Amnesty International and Human Rights Watch, condemned the Iranian authorities’ armed suppression of the anti-government protests and requested an emergency investigation by the UN Human Rights Council, AFP reported. They demanded that the U.N. Human Rights Council hold a special meeting and conduct an independent investigation to deal with Iran’s crackdown on protests as an emergency. They said at least 23 children who could be identified were killed in the protests. “For the past four weeks, Iranian security forces have been using illegal slingshots and live ammunition to fire protesters, including children,” human rights groups said.