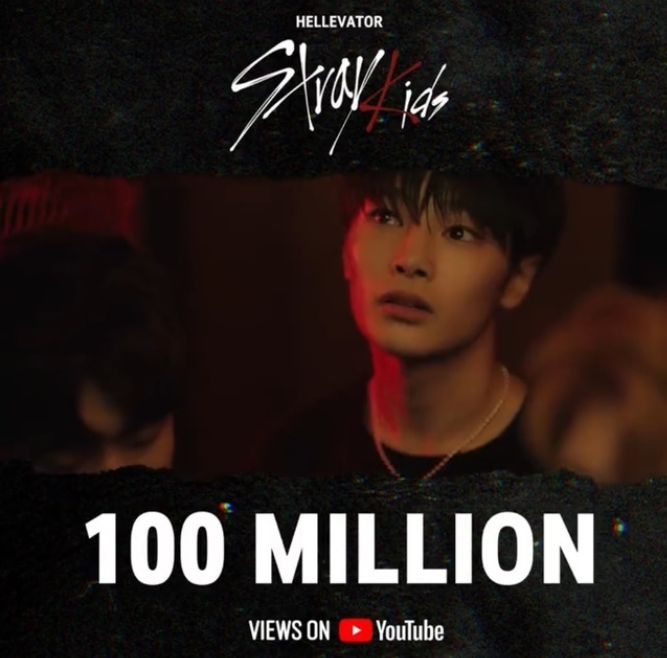 The music video of the debut song of the group Stray Kids has surpassed 100 million views.

The music video of StrayKids’ pre-debut song “Hellevator,” released in October 2017, surpassed 100 million views on YouTube around 3 p.m. on October 17.

As a result, Stray Kids has ranked a total of seven music videos in the hundreds of millions of views, following “God’s Menu”, “Back Door”, “MIROH”, “My Pace”, “Singer”, and “MANIAC” (Maniac). In particular, it proved its presence again by maintaining the record of holding the most 100 million views of music videos among the 4th generation male groups of K-pop.

Before its official debut in the music industry, “Hellevator,” a song that marks the beginning of StrayKids and the title track of its pre-debut album “Mixtape” released in January 2018, was completed by combining two English words “Hell” and “Elevator,” meaning “Hell” and “Elevator.” He expressed his determined will to move toward the top no matter what difficulties. It is a song worked by 3RACHA, Bang Chan, Changbin, and Han, a producing group in the team, and showed off the infinite possibilities and potentials of Stray Kids, which made a strong impression.

Stray Kids, who has made their own music from their pre-debut album to their latest work, has grown into a trend leading the trend from K-pop rising stars.

The mini-album “MAXIDENT,” released on October 7, broke its own record with more than 2.37 million pre-orders, and surpassed the initial record of 2,185,013 copies (a week’s album sales based on the album’s aggregation site Hanteo Chart). This is the second-highest ranking in terms of artists following the records of BTSs in the fourth and third place in the history of K-pop albums, and shows the unrivaled growth.