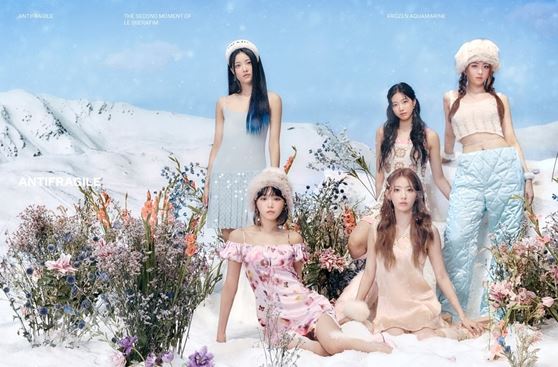 According to the K-chart in the first week of November released by KBS 2TV’s “Music Bank” on its official website on the 4th, Le Seraphim’s “ANTIFRAGILE” topped the list. Those who won four music broadcasts with their debut song “FEARLESS” will win a total of five music broadcast trophies since their debut.

Le Seraphim is also continuing its remarkable performance in Spotify, the world’s largest music streaming company. The new song “ANTIFRAGILE” was listed on a total of 17 countries/regions’ “Weekly Top Songs” (the aggregation period from October 28 to November 3). It rose to the top in Korea’s Spotify “Weekly Top Song,” ranking seventh in Singapore and Taiwan, 21st in Malaysia, 26th in Japan, and 29th in Hong Kong.

In the first and second weeks of its release, “ANTIFRAGILE” has been listed on the “weekly top songs” of 11 countries and 15 regions, respectively, and is gaining momentum as time goes by. In addition, the song entered the 96th place on the global Spotify “Weekly Top Song” (the aggregation period October 21-27) in the second week of its release, and has been on the chart for two consecutive weeks, jumping 16 notches from the “Weekly Top Song” (the aggregation period October 28 to November 3).

Meanwhile, Le Seraphim, which has been performing well on music shows and music charts, has charted in a total of nine categories on the U.S. Billboard chart released on the 1st (local time), for the second consecutively.