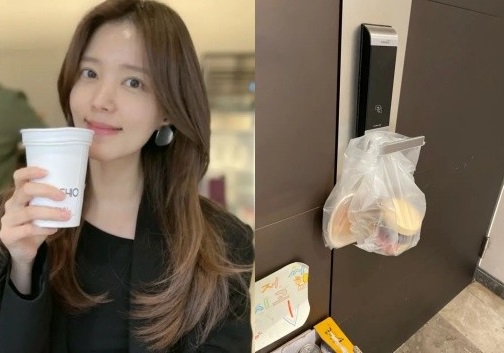 Jeong-Sia posted a picture on her Instagram on the afternoon of the 1st, saying, “The gift of the house in front of you ♥ Thank you!”

The released photo drew attention as it contained a gift that a neighbor hung on the front door of Jeong-Sia’s house. I can feel the warmth of a small gift

Previously, Jeong Si-ah boasted of “front door communication” last year. He put on a whiteboard, saying, “The board is hung to write down what he wants to say to his sister in front of him (Jeong-Sia’s daughter), who can’t play often.” It was a scene that showed consideration for children.