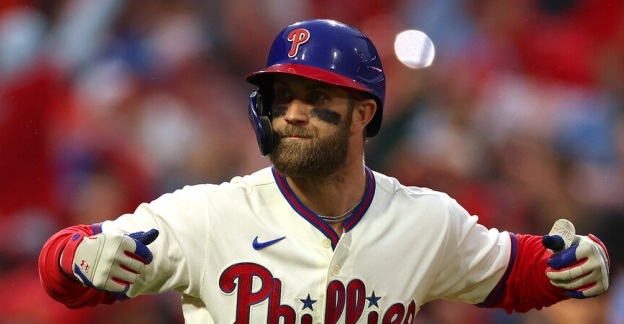 Harper, who is about to undergo elbow surgery is missing the WBC Dream Team

There is a possibility that one of the pillars of the U.S. WBC (World Baseball Classic) “Dream Team” will be missing. Bryce Harper (Philadelphia) has decided to undergo elbow surgery, making it difficult to return to the actual game in March next year.

Philadelphia President Dave Dombrowski said on the 17th (Korea Standard Time) that Harper will undergo surgery to strengthen his right elbow ligament on the 24th. The method of surgery has not been decided, so it is not yet known when the return will be. If you undergo Tommy John surgery (ligament reconstruction), it may take longer to return than the suture.

Harper has been sidelined since April this year due to elbow pain. The game against Miami on April 17 was his last appearance in right field, and since then, he has only played as a designated hitter. In May, during the Los Angeles expedition, he was diagnosed by Dr. Neil Elatrache, a Tommy John surgery specialist, and received injection treatment. Since then, he has completed the World Series as a designated hitter following the regular season.

Depending on the surgical method, the timing of the return may vary. If he undergoes Tommy John surgery, he is likely to be away for more than a month next season. In the case of Shohei Otani (Angels), he underwent elbow surgery in October 2018 and had a five-week hiatus after opening the following year. Harper gets on the operating table later than that.

If the suture solves it, the timing of the return is pulled. Even so, it could be unreasonable to play in a game that weighs more than the postseason in March.

Harper did not participate in the WBC in 2013 and 2017, so he was highly anticipated by joining the national team. He also reaffirmed that he is strong in big games with a batting average of 0.3496 home runs in 17 postseason games this year. However, he is in a position to miss this tournament.

The U.S. national team, which won the 2017 tournament, will prepare for the WBC in March next year with a practice match against the San Francisco Giants in Arizona