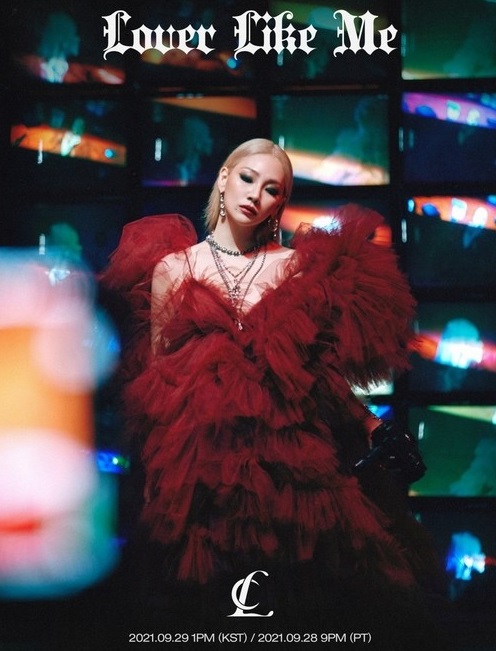 Singer CL has released a concept photo of his second single “Lover Like Me.”

On September 23, an image of CL was posted on CL’s official SNS with the phrase “No Lover Like Me.” The concept photo of CL standing in front of video art containing various videos, wearing a red dress with blonde hair and a camcorder, closing her eyes and looking lost in thought, raises questions about what kind of music “Lover Like Me” will be.

CL, who showed its presence with unrivaled charisma and performance through the first single “SPICY” released earlier, will show another charm with “Lover Like Me.”

CL continues its active activities with various events ahead of the release of its second single “Lover Like Me” and first solo full-length album “ALPHA” in October.

Following the recent attendance at Met Gala, one of the largest fashion events in the U.S., it received media attention for its fusion hanbok denim dress, it made a surprise appearance at the iHeartRadio Music Festival in the U.S. on the 17th and 18th (local time).

CL’s second single “Lover Like Me” will be released at 1 p.m. on September 29.