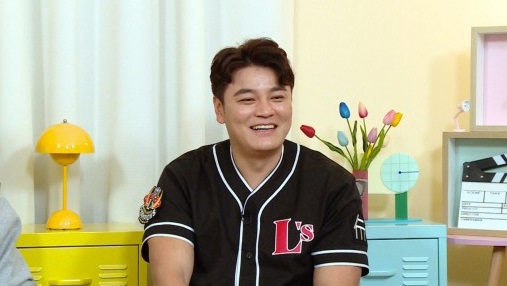 Choo Shin-soo, a baseball player from the Korean No. 1 major leaguer in the “Man of 140 Billion,” shows off his enormous wealth.

Choo Shin-soo will appear on KBS 2TV’s “Rooftop Troublemakers,” which will air at 8:30 p.m. on Wednesday, January 18.

On this day, Choo Shin-soo, who returned to Korea after 21 years to win the Korean Series after setting numerous records, including the most home runs by Asian players in the Major League, appeared as the first baseball player guest, drawing welcome and surprise from the members.

Choo Shin-soo then drew much attention by releasing his “first flex” when he was called the “Man of 140 billion” after signing a $130 million contract with the Texas Rangers team with the highest salary in Asian baseball player’s history at the time. He said his first purchase after the contract was a house, especially his Texas mansion, which was known as a “super-luxury luxury mansion” with fancy bathrooms, private theaters, and outdoor swimming pools that were not envious of water parks. In addition, he said he had an asset manager who sent him a booklet to check the status of his assets every month at the time, which surprised him continuously.

In addition, he unveiled a big dinner flex like a “world class” at the time when he was in the Major League, and everyone was surprised by the extraordinary amount, saying, “When the dining fee is high, it sometimes costs more than 20 million won.” When the MCs asked, “Is it a lump sum payment or a lump sum payment?” they proudly said, “Let’s make a lump sum payment,” causing laughter at the scene.

Meanwhile, when asked if Choo Shin-soo was likely to advance to the Major League among the young players, he drew attention by picking Lee Jung-hoo and Ahn Woo-jin. In particular, he praised Lee Jung-hoo, saying, “In fact, he is a better player than me,” drawing keen attention to why he chose Lee Jung-hoo as a “major league successor.”

In addition, Choo Shin-soo revealed an anecdote that he even heard English swear words from fans at the stadium due to racism during his Major League season, and it is rumored that he is raising questions by telling the details of the fan’s exit by a bodyguard.

“Problem Child in the Rooftop” with “first baseball player guest” Choo Shin-soo will be available on KBS 2TV at 8:30 p.m. on Wednesday, the 18th.