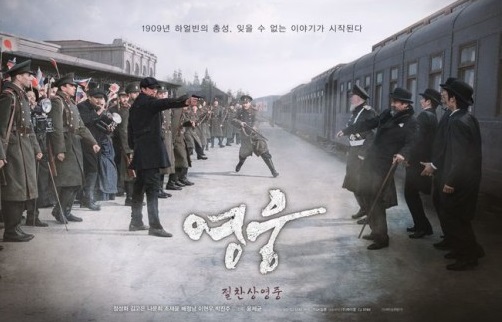 The movie “Hero” surpassed 1 million viewers on its eighth day of release.

“Hero” exceeded 1 million viewers at 9:30 a.m. on the 28th, CJ ENM said. This is the same speed as the musical movie “Mamma Mia!” (final audience of 4.55 million), which made a new box office history. In addition, attention is being paid to the 9th day of the music film “Bohemian Rhapsody” (final audience: 9.94 million) and the 11th day of “La La Land” (final audience: 3.59 million) that will continue to surpass 1 million

“Hero” is a film about the last unforgettable year from the time Ahn Jung-geun, who died after being sentenced to death by a Japanese court after killing Ito Hirobumi in Harbin in October 1909, was preparing to die.

The audience who watched the movie praised the stories that inspire pride as a Korean citizen, the solid breathing of talented actors beyond generations, and the vivid attractions and things to listen to