White Sox’ Dream Stadium Match Out of the Manager’s Day 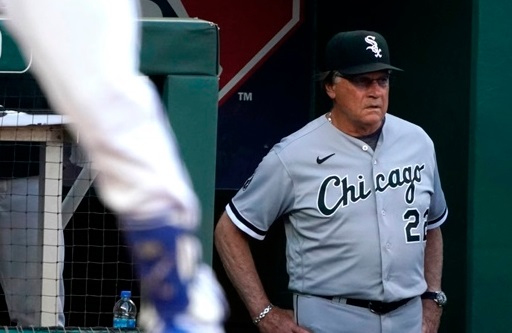 White Sox’ Dream Stadium Match Out of the Manager’s Day

The Chicago White Sox, the main character of the “Dream Stadium” match, which was inspired by the movie of the same name, was hit with bad news before the game was held.

“MLB.com” reported that White Sox manager Tony La Rusa will not play in the “Dream Stadium” match against the New York Yankees on August 12 (hereinafter Korean time). The White Sox will be headed by Miguel Cairo’s bench coach.

La Rusa moves to Tampa, Florida, to attend his brother-in-law’s funeral. “We had to set the funeral schedule as a day when everyone could attend because there were many families, and it happened to be tomorrow,” manager La Rusa said, adding that the funeral schedule and the game coincided unintentionally. La Rusa is scheduled to return from the game on the 15th.

The coach is not the only one who left. The White Sox listed left-handed Carlos Rodon (29), who complained of fatigue on his left shoulder on Wednesday, as injured. Rodon is having his best season with nine wins, five losses and a 2.38 ERA this season.

Rodon was originally scheduled to appear in the “Dream Stadium” match on the 13th. But injuries have twisted plans. The White Sox hurriedly changed ace Lance Lynn (34) to the starting lineup on the 13th. Lynn has emerged as a leading candidate for Cy Young this year with 10 wins, 3 losses and 2.04 ERA as of Wednesday.