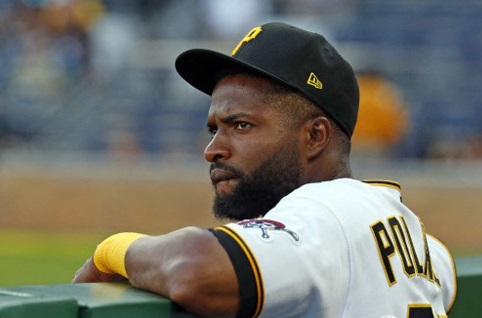 The Toronto Blue Jays have reinforced the outfield team.

The Blue Jays announced on the 1st (Korea time) that they signed with outfielder Gregory Polanco, 30, during a home game against the Baltimore Orioles. The form of the contract is a minor league contract.

Polanco was released during the final year of his five-year, $35 million contract with the Pittsburgh Pirates. If Toronto calls him up to the big league, he can be hired for a minimum salary for the rest of the season.

Polanco made his big league debut in 2014 and played 823 games for a Pittsburgh team for eight years, recording a batting average of 0.241 on-base percentage and a .409 slugging percentage.

In September 2018, he injured his left shoulder and underwent surgery while sliding the head first. During the three seasons since his return to injury, he has lost productivity with a batting average of 0.203, an on-base ratio of 0.270 and a slugging average of 0.364.

Toronto also announced a renewed contract with right-hander Elvis Luciano, 21. Luciano moved to Toronto in December 2018 through the Rule 5-Draft and made 25 appearances in the big league in 2019, leaving an ERA of 5.35.