MAMAMOO, “What are you going to do?”… 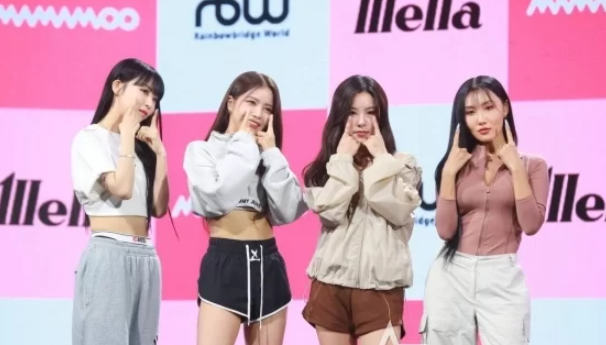 MAMAMOO, “What are you going to do?” “Something’s going to get caught in the headlines.”

The group MA MA MOO (Solar, Moonbyul, Whee In, Hwasa) has returned to work with their new song “ILLELLA”.

Mamamoo held a showcase to commemorate the release of its 12th mini-album “MIC ON” at Yes24 Live Hall in Gwangjin-gu, Seoul on the afternoon of the 11th. Mamamoo will release its new album as a complete group for the first time in a year through various music sites at 6 p.m. and start its comeback activities with the title song “ILLELLA.”

When asked what she will do this time, Solar said, “I don’t have work yet, but I think meeting with our MooMoo is a big thing in itself. I heard that the music chart is very strong these days. Mamamoo also has an ambition to work on the chart. “Isn’t it good to have a big dream?” he laughed.

He also said, “It’s been about three years since Mamamoo had a concert. I want to show various things of MAMAMOO at the concert. “I think Mamamoo will work and get something on the (article) headline,” he said. “I hope it’s stage or musical.”

When asked about the definition of “MA MA MOO-like music” in its eighth year since its debut, Solar laughed and said, “I want to say that MAMAMOO is a genre,” adding, “I think there is music that MAMAMOO can do.” Each singer has his own color. MAMAMOO seems to have some indescribable but MAMAMOO-like music. “It’s about singing a serious and powerful song,” he said.

Moon Byul said, “If you look at the spelling of the second mini-album ‘MICON’ differently, you can also see it as ‘I’M ICON’. I want to be an icon,” he added.

“Il Nala” is a reggaeton song with impressive dark bras and repetitive guitar riffs. The captivating voices of MA MA MOO members unfold in serenade, expressing the excitement of the two who confirmed each other’s hearts on a brilliant starry night. Hitmaker Kim Do-hoon participated in writing, composing, and producing. 토토사이트