Kim Kwang-hyun eventually waits for the bullpen because 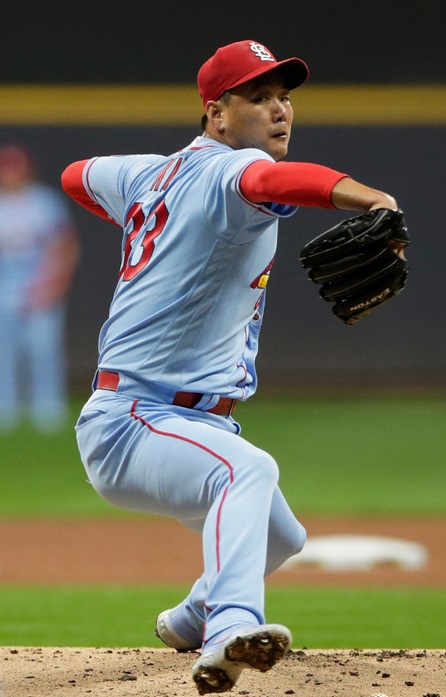 The professional world is cold, but it is a bit harsh for St. Louis Cardinals left-hander Kim Kwang-hyun (33).

St. Louis manager Mike Shilt said in an interview with local media, including “The Athletic,” ahead of the home game against the LA Dodgers at Bush Stadium in St. Louis, Missouri, on the 8th (Korea Standard Time).

Kim Kwang-hyun was scheduled to start the last game of the series in two days according to the original order. However, coach Shilt steadily mentioned the possibility of change, and he nailed that he would be waiting in the bullpen on this day.

The starting lineup for the game on the 10th was changed to “TBD (to be determined later).” However, the protagonist is decided. Local media, including “St. Louis Post-Dispatch,” said right-hander Jake Woodford practiced hitting with other starting pitchers that day.

In the end, Woodford seems to have pushed Kim Kwang-hyun out and entered the starting rotation. The away game against the Milwaukee Brewers on the 5th brought about such a change. While starter Kim Kwang-hyun collapsed with seven hits, one home run, one walk, and four strikeouts in 12/3 innings, Woodford followed and blocked 5 1/3 scoreless innings.

Kim Kwang-hyun played 99 1/3 innings in 22 games this season, recording 6 wins, 7 losses and a 3.53 ERA. He has the second-highest number of innings in the team after Adam Wainwright (176 innings). It is unfair from his point of view to take away the opportunity for failing a game.

From the team’s point of view, it seems that it is somewhat unreasonable to leave the heavy responsibility of the starting lineup to him, who is recovering from an elbow injury at a time when fierce ranking competition is underway. From a long-term perspective, it may be to give a chance to a promising player who will be with him for a long time to come rather than an FA player who will leave the team after this season.