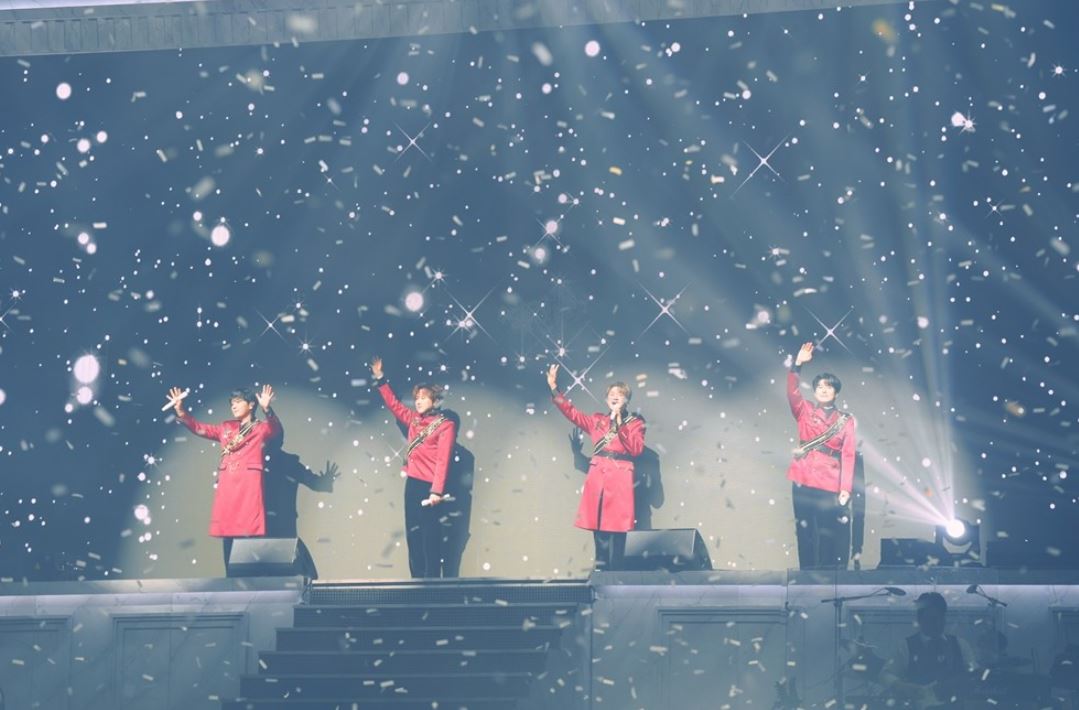 The national tour “The Royal” began in Daegu last month, and this Seoul performance is the first solo performance by Forrestella. Forrestella has presented a gift-like stage to fans since the beginning of the new year with a high-quality live that gives them a pleasure.

Forrestella reproduced legendary performances such as MAMA, Champions, Bad Romance, and Shape of You, which were presented on various broadcasts, including KBS2’s “Immortal Song.”

Forrestella`s members said, “I was overwhelmed and grateful to be able to perform the first performance of the new year with many fans,” adding, “I will come back safely after the upcoming Busan performance and the U.S. tour.”

Forrestella’s national tour “The Royal” will be held at the BEXCO Auditorium in Busan on the 14th and 15th. After that, in 2023, Forrestella`s will meet various fans around the world, including the U.S. tour.

Here’s a short story about Forrestella.

Except for Cho Min-kyu, who is type A, everyone is type AB.
Among fans, Bae Doo-hoon is nicknamed Dun (Her Majesty), Kang Hyung-ho is nicknamed Cree (Peach) [117], Cho Min-kyu is called Ming (Cat, Won Won-young), and Go Woo-rim is called Crying (Bear, Wagigum). Cho Min-kyu and Kang Hyung-ho are called cat-like and Ko Woo-rim and Bae Doo-hoon are called cat-like and puppy-like, respectively.
It is said that there was Travel & Trouble (TNT Bomb) as another name that I thought of besides Forrestella when naming the team. Kang Hyung-ho suggested it and Go Woo-rim strongly insisted. So after that, when Kang Hyung-ho and Ko Woo-rim were tied up and called, there was a gimmick called TNT.
According to the members at the fan meeting held to commemorate Cho Min-kyu’s birthday, they talked like other teams to win ahead of the final.